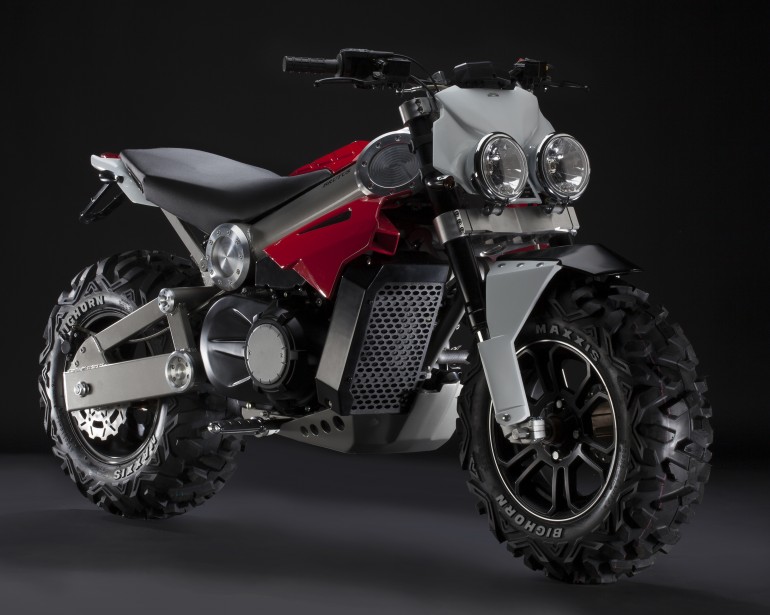 Fitted with the wheels, tires and even motor from a big ATV, this Brutus is sort of an upsized update to the Rokon theme, just without two-wheel drive. Those big, low-pressure tires are supposed to help it ride through deep mud, loose sand or other challenging terrain at controlled, low speeds. That suits its purpose as a utility bike able to carry men and equipment into remote areas.

The motor is a 750cc single mated to a CVT transmission. Sounds like a Suzuki King Quad to us. It puts out 49 bhp and can be operated in reverse. Thatâ€™s because the Brutus is intended to be fitted with a sidecar or snowmobile kit. The latter brings a front ski and rear track.

Designed by former Lambretta designer and Italjet heir Alessandro Tartarini, the Brutus was said to be entering production this year under the OVER brand, but nothing has emerged since its 2012 debut.