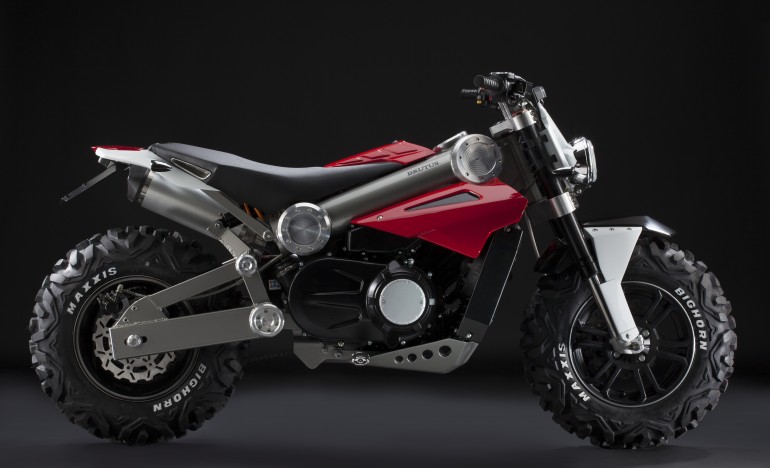 The aptly named Brutus (not to be confused with the existing Brutus electric motorcycle), is billed as “the SUV of motorcycles,” and runs a single cylinder, 45 bhp, DOHC, four-valve, liquid-cooled 750cc engine with electronic fuel injection and “two-speed” CVT with optional reverse gear.

Alessandro has not yet declared how much Brutus weighs, but highly-regarded Italian motorcycle magazine Motociclismo reports that it is “less than 220 kg,” which we take to mean somewhere in the vicinity of 220 kg (485 lbs).

Brutus will be available, according to the press release, with a range of accessories and customizable add-ons, including a sidecar version, a winch, a fire-prevention kit, a generator, and a “snow kit” which is pictured above. 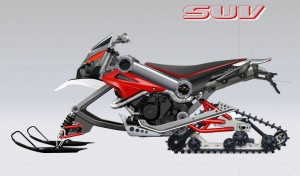